There is a common sentiment among those who embrace Christ – “Jesus paid it all. That is all you need for atonement of sin”. This is very true, but much more needs to be said about sacrifices in this context. There is a common and naïve assumption that all sacrifices are now useless since Jesus died on the cross. People rarely study the temple and its sacrifices diligently enough to realize that the actual purpose of the temple was not merely redemptive. Thus the assumption rings true, but it is based on a lack of insight and insufficient understanding of what sacrifices really do. In fact, the majority of sacrifices in ancient times did not concern sin or forgiveness at all.

Did the death of Messiah alter all sacrifices of the temple? Many verses are often quoted to support this perspective. Here is one example:

“For Christ also died for sins once for all, the just for the unjust, so that He might bring us to God, having been put to death in the flesh, but made alive in the spirit;” (1 Pet 3:18 NASB)

On the surface what this verse appears to underline is the comprehensive sufficiency of Yeshua’s death. And such judgment is not at all inaccurate. It does. It sounds exactly like the sentiment I was describing. The problem is this logical inference to which people jump is tied to a misunderstanding. If Messiah’s sacrifice is all-sufficient than all other offerings are worthless. His is the only one that counts. This is an inference and the biblical text does not stress this. The broader context of 1 Peter is about salvation and victorious, sanctified, obedient living before God. There is nothing about sacrifices here. That is not at all the point the letter makes. The devaluation of all other sacrifices is an exegetical stretch some prefer to make. Logical, but an unnatural connection.

Consider the apostolic teaching… Since Messiah’s death is seen as a Korban, as a sacrifice and indwelling of God’s Ruach (Spirit) accomplishes something the atoning sacrifices could not do by themselves. His sacrifice breaks the prevailing power of sin and death (Rom 8). It gives the power to live in a state of righteousness. His death removes the need for continued and repeated atonement. It is a sacrifice that keeps working in perpetuity in the heavenly realm (Heb. 10). Though the theological conclusion is completely true and accurately based on the texts, the inference of contrast of all and any other offerings is not entirely fair. It is outside of the author’s scope.

Here is another example of a verse used to further the sentiment that all offerings and sacrifices besides the one Yeshua made with his life are useless:

“… but He, having offered one sacrifice for sins for all time, SAT DOWN AT THE RIGHT HAND OF GOD, waiting from that time onward UNTIL HIS ENEMIES BE MADE A FOOTSTOOL FOR HIS FEET. For by one offering He has perfected for all time those who are sanctified.” (Heb. 10:12-14 NASB).

The context is supremely important in the interpretation of any biblical passage. And what I need to point out is that this entire section of Hebrews is about the supremacy of Christ’s priesthood and not about his sacrifice negating all other sacrifices. Once again, conclusions made are not in sync with the author’s points. We may want to use these words to such theological end, but the context shows that this is not how these statements were meant to be understood. The original focus is Messiah himself and priesthood, not sacrifices.

This portion of the Book of Hebrews is a rhetorical argument. As a priest Messiah is superior in many ways and so is his sacrifice by extension. The author offers many reasons. He was a perfect priest and did not need cleansing (Heb. 7:27). His sacrifice was perpetual and does not need to be repeated (Heb. 10:10). His offering was made in the heavenly temple (Heb. 9:24) and etc. One thing all these verses do not accomplish is the canceling or rendering of all other sacrifices as useless. The verses merely point to Messiah’s superior service. The context is about Jesus’s most excellent and ongoing priesthood. The text says that “sacrifice has perfected” (past perfect) all who are “being sanctified” (present passive participle) says Heb. 10:12.

The abolishment of everything that preceded Jesus may be an easy theological way out, but a very clumsy and myopic one. The Scriptures do not teach the abolishment of anything which God established in his own wisdom. This notion of undoing things undermines the very idea of God’s perfection, his wisdom, his perfect knowledge of all things. The Temple and sacrifices were clearly institutions which God explicitly established by his sovereign will. Did he make a mistake?

In the millennia past, the temple worship for Israel was a way to relate to God, to give him praise, thanks, to bring first fruits, thanksgiving offerings, tithes, to do benevolence to the poor and to accomplish many more things. It is true, the prophets criticized the trust people placed in the mechanics of sacrificial worship. They spoke of the temple’s destruction (Jer. 7: 1-15; Is. 1:10-17). But they also foretold the restoration of the temple (Amos 9:11-14; Ezek. 40-48). So why restoration, if Jesus paid it all and sacrifices are useless?

Simple… The temple is the only divinely-instituted way to worship him. Some may not be aware, but traditional synagogue worship, though substantially modified, is intentionally patterned on the flow and order of temple service. How should a follower of the Jewish Messiah worship God without that pattern? There is very little instruction in the New Testament about how exactly formal spiritual worship should happen. Very few teachings exist on this topic and most are corrective measures. The apostles say almost nothing about approaching Holy God in a formal corporate atmosphere in the New Testament. Compare that to chapters and chapters of instructions God gives about services by Mishkan (God’s Tent) in Torah.

Did God make a mistake in establishing the temple? Did he establish it only to destroy it sometime later? Yeshua (Jesus) accomplished atonement but is the Temple system only about atonement and redemption? Just like in most people’s modern worship experience, our confession and repentance are only parts of fuller interaction with the LORD. Not every prayer, not every song is about atonement for sin. In the same manner, the ancient Temple worship was not all about erasing sin and paying for our misdeeds. There is so much more to real daily faith and walk with God than forgiveness of sin. Sacrifices served other purposes as well and to overlook this fact is to misunderstand the entire system.

If God will indeed restore the temple when Messiah returns, then the sacrifices will resume as well (Is. 66). They will not duplicate or negate what Jesus did on the cross. The intent of those foreseen sacrifices was never to do what Jesus accomplished. These offerings are to coincide with God’s sacrifice of his Son. They are to memorialize it and to complement it. Not to stand in tension or in opposition to such things.

The dichotomy that exists in people’s minds about sacrifices and Jesus is completely unnecessary. It is artificial. This tension has to do with a frequent misunderstanding of the primary purpose of sacrifices in general. They are not for redemption alone. And when sacrifices return, they will not in any way diminish the glory of Messiah’s death for the sins of the world! 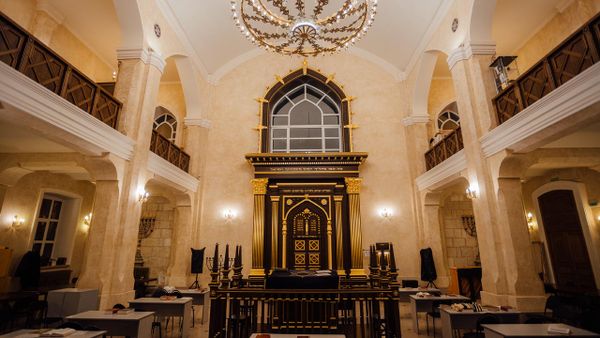 Learn the basics of the Day of Atonement in 3 minutes. Yom Kippur is the most holy day of the Jewish year and it is full of spiritual opportunity if you open yourself up to its customs, prayers and melodies. This short video is a basic primer on what Yom 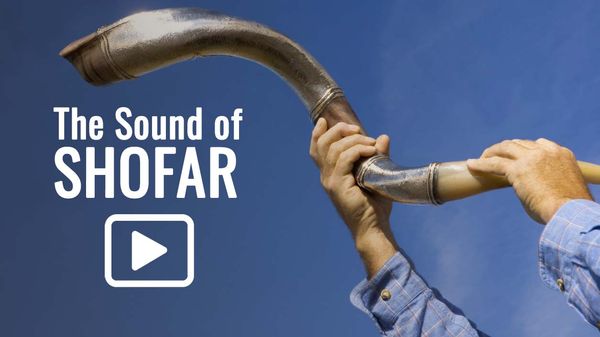 Paid-members only
Have you wondered about the Shofar? This is a discussion on the tradition of sounding the Shofar, what it means, and its purpose. This interactive talk was recorded live and includes questions and comments from the audience.

Members only
If you don't know what shofar is, don't feel bad. It's an obscure item, a ritual instrument, and its name comes from ancient Hebrew.  It is a special trumpet used in Jewish holiday observance, connected to the Jewish new year and Day of Atonement (Lev 23:24).  In most cases,